Thousands of acres of pinyon and juniper woodlands (PJ) will be removed over the next four years to support targeted wildlife populations, notably Greater sage-grouse. We are investigating the effects of PJ removal on insect communities and the bats and reptile species that rely upon them using a rigorous experimental design. Insects can serve as useful indicators of natural disturbances, provide critical pollination services, and represent a major wildlife food resource for many species, including an impressive diversity of bats and reptiles. Little is known about habitat use and disturbance tolerance for bats and reptiles in the Great Basin. For example, some bat species may benefit from tree removal (e.g., cleared areas may improve foraging or success), while other species may be negatively impacted by tree removal (e.g, loss of roosting sites). We are establishing a set of fixed transects, each spanning a gradient from sagebrush steppe to PJ woodland and monitored 3 to 4 times annually. Transects will be established in four project areas distributed widely across the Great Basin- including the Sheldon-Hart refuges and the Ely region (near Great Basin National Park). 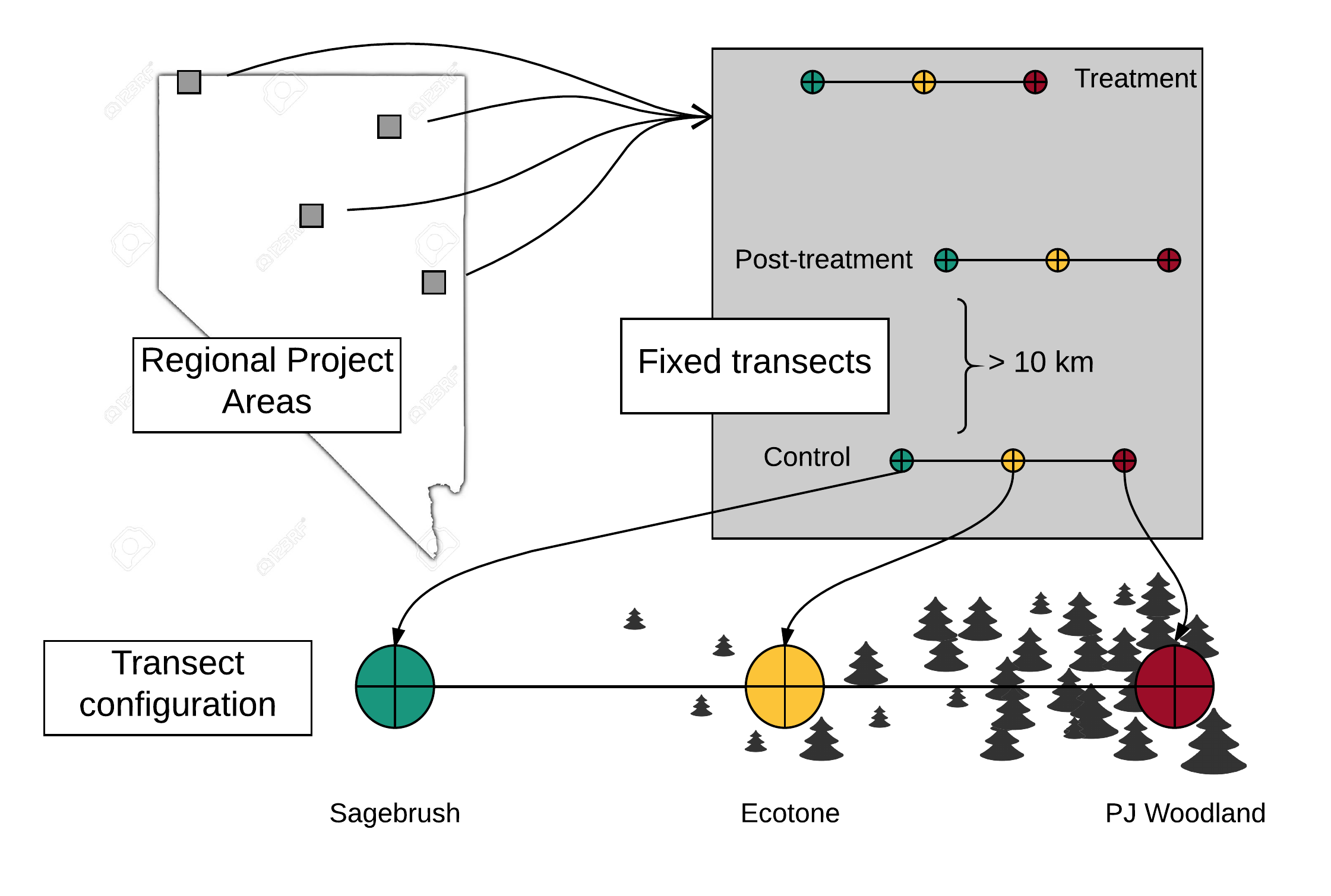 At each of our four project areas, we established one control transect (no tree removal at any point during the four-year study), one pre-treatment transect (tree removal scheduled for year 2 or 3 of the study), and one post-treatment transect (tree removal conducted 1-5 years prior to the initiation of research activities). At regular intervals along each transect, we monitor the diversity and density of bats, reptiles and insects using an array of active trapping and passive survey methods. Data analysis is ongoing and focuses on evaluating the community-level effects of PJ removal and modeling bat, reptile and insect diversity and abundance as a function of environmental drivers such as vegetation structure, distance from water source, and climate. 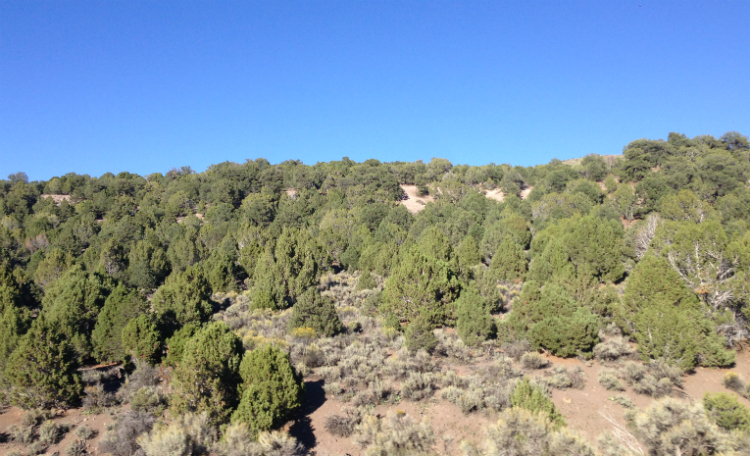 We have published three natural history notes (one additional currently in prep) during her time in the A.P.E. lab so far, and will be submitting additional manuscripts from this work this summer (2020).